Plans for the weekend? find some ideas here!

The polish DJ and producer has had a passion for classic house, garage and techno since an early age. Aged just 23, still influenced by the sounds of Chicago and Detroit, his passion has resulted in him experimenting and playing with music samples, and in 2013 he released his first EP on All Over It Records. In a few years, he has gained recognition from fellow producers, DJs and fans across the world.

Paradox & K4 DJ’s will be on support for the night along with an array of other local talent. The event is organized by Paradox & K4.

How about going out and dance with sounds provided by a line-up of only female DJs? Eve is back in the Opium Rooms this Saturday. The concept of Eve was formed through a passion for electronic music and a niche in Dublin’s music scene for more of a female presence.

By hosting parties with an all female line-up, Eve allows the girls playing to have full creative control over their night from start to finish, enabling them to bring their audience on a musical journey.

Expect deep techy beats, fairy lights and everything in between.

Cosmopolitan is back bringing the best in house music to Sin Nightclub on Friday.

Music on the night, expect to hear:

Competition – Comment ‘Cosmo’ on the Facebook event wall. They will pick 2 winners on Friday at 5pm. Each will receive entry and 6 drinks of their choice on the night (HipShaker Deal).

Go out and dance for a good cause this Friday. Mother, District 8, Hidden Agenda and the Repeal Project are teaming up for the biggest Dance for Choice fundraiser yet with all profits going towards the coalition to Repeal the 8th.

Repeal Project is an outerwear project to give a voice to a hidden problem and vindicate the rights of Irish women.

They bringing together great DJs and performers with eight incredible acts (all donating their fees) to keep you on your feet!

They’ll have tunes from the Mother DJs, Jenny Greene, Steven Manning / The Hidden Agenda DJs, Kelly Anne Byrne, Billy Scurry and Sally Cinnamon with an Eight song special from Sing Along Social and spoken word with ‘Come Repeal with Us’ from the guys at Come Rhyme with me, Una Mullally & Vickey Curtis.

Are you broke after spending so much money over Christmas and just want to go to a nice free party this weekend? Wah Wah Club decided to throw a free party this Friday. The lads over at Welcome will be taking over The Loft playing a range of tunes with a mixture of House, Hip-Hop, Grime and R&B while down in the Ballroom The Midnight Disco collective will be setting the mood with soulful funk and disco.

Have you always wanted to learn a hot dance? Maybe it’s time to go for it. New year, new experiences!

Salsa Dublin is offering two weeks of free dance classes. Join them from the 10th to the 22nd January at River Bar and have fun moving your body like you have never done before.

The classes will include Salsa, Bachata and Kizomba for beginners, improvers and intermediate levels.

Check out their schedule and book your classes here!

After recently headlining the Vicar St Venue, Overhead, The Albatross are answering the First Fortnight call and will be headlining another venue, this time at the Button Factory.

The band is a six piece instrumental outfit from Dublin known for their intricate yet powerful melodies and energetic stage presence. Their sound combines a multitude of instruments which go beyond the normal boundaries of “post-rock” and delve into the realm of the cinematic. Their debut album released in 2016 received rave reviews, including from the Irish Times, the Irish Examiner, The Last Mixed Tape and Headstuff.org. 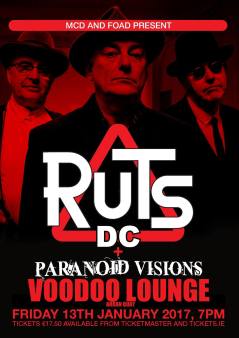 Do you fancy a punk rock night? The English reggae-influenced punk rock band Ruts DC, notable for the 1979 UK Top 10 hit “Babylon’s Burning”, and an earlier single “In a Rut”, will be playing at Voodoo Lounge this Friday with the special guests Paranoid Visions. Expect a healthy number of Ruts classics alongside Ruts DC tracks and material from their amazing new album “this music must destroy”.

Formed in Dublin in 1981, Paranoid Visions quickly allied themselves to the anarcho punk fraternity of the second wave of punk rock in the early 80’s. Heavily influenced by the Crass ethic of DIY music, the band formed their own F.O.A.D label and licensed their records to All The Madmen, home of the Mob, Thatcher on Acid, Blyth Power and the Astronauts.

Whelan’s Ones to Watch festival is now seven years old! As always they’re continuing our quest to find the best emerging talent in the country, whilst also showcasing some artists that have taken the next step and are planning releases in 2017.

The festival covers a wide range of music, from Folk, Indie, HipHop, Electronic, Experimental, Rock and more in between.

Check out the talents who will showcase on Jan 12th-15th to whet your appetite. As before they’ve been helped with some suggestions by those mighty lads in State.ie and there’ll be a free pint of Hop House 13 with every ticket purchased (so #TopTip – Day tickets actually represent better value for money).

Fela vs Onyeabor – A Tribute to African Music Culture – At Wigwam

If you like African music then check this out! This is a party that celebrates all African music culture and the influence it has on so many artists today. Stretching from Fela, Femi and Onyeabor right the way across Africa and onto modern music maestros such as Daphi, Auntie Flo & Faze Action to name a few artists we’ll be paying tribute too.

There will be special African influenced cocktails & more to set the mood right for you.

The Dundalk-based post-rockers Just Mustard will take you into aural heaven, whilst Emma Lou & the Agenda are already getting all the right attention for their soulful funk creations (including an appearance on the Late Late Show). Young Earth impressed at Hard Working Class Heroes recently, and opening up is the hidden nugget known as Sean Rooney!

Just Mustard are a 5 piece band based in Dundalk. Combining influences from noise, shoegaze, trip hop, electronic music and lo-fi alt rock, 2016 saw them release their debut “self titled” EP to much acclaim. Fans of MBV, Ride, Cocteau Twins etc. will bask in this aural honey for the ears band.

Mixing the influences of Prince, Ray Charles, & Aretha Franklin, Dublin based Emma Lou & The Agenda released their debut EP in May 2016 to positive reviews. This was followed by constant gigging around the capital and beyond including an appearance at Electric Picnic and their own headline show upstairs at Whelans. The band are currently putting the final touches to their new EP scheduled to be out early next year.

Young Earth are an Indie-pop band from Dublin, formed in late 2015, and have just been honoured with ‘Band of the Week’ by DublinConcerts.ie. Their sound drifts from light, airy summer pop tunes to heavier, overdrive drenched styles, all the while keeping an obsessive focus on solid hooks, harmonies and big choruses to create a fresh, retro tinged style of guitar pop, as evidenced by their debut single, Maggie.

26-year-old musician Sean Rooney is a hidden gem in the Irish music scene. Considering the first song he released on Facebook “Everest High” went viral, viewed by almost 25,000 people, it’s no surprise he’s enthusiastic about getting more of his music heard. He has an alluring performing quality with impeccable songwriting skills which captivate every audience. https://www.youtube.com/watch?v=hTk4TLkdIeU 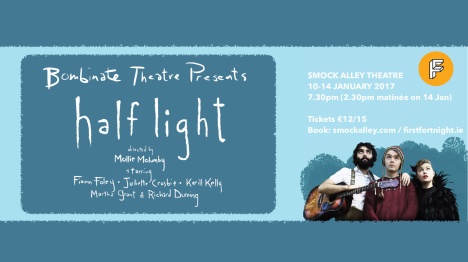 Bombinate Theatre‘s award-winning ‘Half Light’ returns to Dublin as part of First Fortnight 2017.

Imagine this: you’re walking up a mountain, through a forest of pine trees, and you’re trying to find your Dad. He’s been taken by a monster. Meet Robin, a ten-year-old boy travelling through the magic, fantastical woodland of his father’s storybook. A tale which is as true as it is untrue; simultaneously fact and fiction. Chaotic yet controlled. Childish yet adult. Half dark and half light. 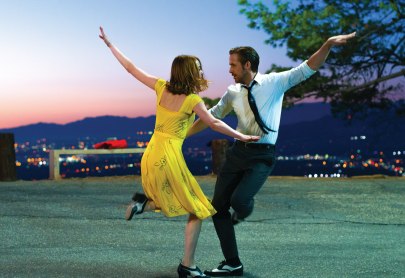 Written and directed by Academy Award® nominee Damien Chazelle, LA LA LAND tells the story of Mia (Emma Stone), an aspiring actress, and Sebastian (Ryan Gosling), a dedicated jazz musician, who are struggling to make ends meet in a city known for crushing hopes and breaking hearts. Set in modern-day Los Angeles, this original musical about everyday life explores the joy and pain of pursuing your dreams.

An event that encapsulates everything First Fortnight stands for, the Therapy Sessions return this year with an eclectic lineup of some of Ireland’s brightest talent in music, writing, poetry and spoken word performance.

The second of the two Therapy Sessions will be curated by the brilliant Girl Band. The lineup on January 13 will feature six-piece Dublin funk band Tongue Bundle, who electrified crowds earlier this year at Knockanstockan and the Dublin “Jazz Is …” Festival. John Flynn, Dublin folk musician and singer from the 7 piece trad/folk ensemble, Skippers Alley, will also be bringing his unique sound to the stage. The wonderful songwriter Paddy Hanna will also grace the stage, along with Ben Waddell & The Moons and Dunny.

Deanna Rodger is an international performer and facilitator. Recently featured as one of ELLE UK’s ’30 inspirational women under 30′, The Female Lead’s ’20intheir20s’ and Cosmopolitan’s ‘No.1 trailblazing woman.’ She is a former UK Poetry Slam Champion and has written and performed her poetry in many countries and in many forms, from ensemble performance 2012 Olympic Team Welcoming Ceremonies (NYT) to digital collaboration with BBC Mixital. Alicia Byrne Keane is a spoken word poet and occasional bass player from Dublin. She is a regular performer at nights/collectives Mixed Messages, the Circle Sessions, Scene of the Rhyme, WHILST, and Pettycash. Cormac Lally is a well known published poet of Tullamore Rhymers Club, wedding speech composer and creator of poems with epic titles like Baby Ninja Moves.

Hey Beatles fans, how about some Beatlemania, beers, cocktails, gourmet popcorn, pizza and some of the best music from your favourite band along with a super exclusive double screening of the 1964 classic A Hard Day’s Night + the 2016 documentary film 8 Days A Week.

Interested? Check out the synopsis of the videos here! 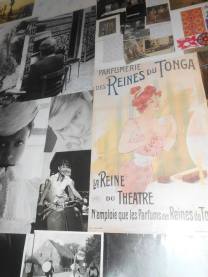 Still have some dosh left after Chrimbo? Well, if you fancy nabbing yourself a bargain, and helping an independent musician in the process, come along to Úna’s POP-UP FLEA MARKET on Saturday from 12 – 4pm at The Piano Room, 52 Mountshannon Road, Kilmainham, Dublin 8. All proceeds will go towards her FUND:IT Campaign to help release her Piano Solo Record in April. This crowd-funding Campaign is 66% funded. Let’s help Úna get to 100% by the end of January. Full details here ::http://fundit.ie/project/una-keane-piano-solo-album

Loads of amazing Vintage clothes, shoes, bags, accessories to be snapped up. Prices ranging from 5 – 50 euro! Enjoy a glass of Prosecco while you browse. No better way to spend a Saturday afternoon.

A near monthly record fair (except March, July & November) usually held the second Saturday of the month. Dealers from around the country attend. Post in this thread if you want them to bring anything in particular!

HAVE AN AMAZING WEEKEND!!!