Start planning your weekend now! If you’re stuck then check out the ideas below!

AKALA at The Sugar Club

If you like hip hop you should know that this Thursday, The Sugar Club will be hosting a hip hop night with no one less than Akala performing live.

Akala, is an English rapper, poet and academic, who was voted the Best Hip Hop Act at the MOBO Awards in 2006.

Over the last few years, Akala has emerged from London’s hip hop underground and into the mainstream as one of the leaders of a new British artistic renaissance.

Inspired by the likes of Gil Scot-Heron and Saul Williams, over the years Akala has developed a stellar live show with his renowned drummer/award-winning music producer Cassell ‘TheBeatmaker’ (Plan B, The Streets and Keziah Jones) headlining 6 UK tours as well as touring with the likes of Jay-Z, Nas & Damian Marley, M.I.A. and Christina Aguilera to Siouxsie Sue, Damon Albarn’s ‘Africa Express’ and Richard Ashcroft, appearing at numerous UK / European and US festivals (Glastonbury, Big Chill, Wireless, V, Hove and SXSW) as well as collaborations with the British Council, arts/music projects in The Philippines, New Zealand, Australia and across several countries in Africa and South-east Asia.

If you’re interested then check out the details below:

We Love The 90’s at Lillie’s Bordello 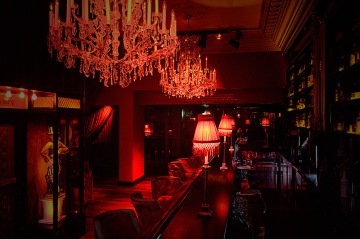 If you were born in the 80’s and can’t help yourself every time you listen to a nice hit from the 90’s, you should consider going down to Lillie’s Bordello on Friday for a night with the best of the 90’s music. Go back in time and “rock your body”!

So you want to go and dance Saturday night? Opium Rooms is hosting an after party for the Boxed Off Festival that is happening in Ratoath, Meath, this Saturday. Route 94, who will be playing at the Festival as well, will bring the best of the house music to the venue together with Josh Coakley and other DJs.

Route 94, is a British music producer and DJ from London. He has worked with the likes of Skream, Benga and Katy B. The DJ now produces house and his single “My Love” has been a commercial success and has charted to number 1 in three countries. Yeah, you know him!

Josh Coakley is a young Producer/Remixer & DJ hailing from Dublin who has exploded onto the club scene with his own unique style of House Music.

Yeah, it sounds like an amazing night! Be prepared to lose yourself to dance.

Button Factory is also having an after party of the Boxed Off. Boddika who is also playing at the festival, will be there to make you dance, with support from Jack Dunne and Daire Carolan.

This is not just one more student party, sounds like it will be a party full of fun and foam!

Expect the country’s largest foam cannons all over the dance floor for a wet night!

– Comment, “I’m getting wet at the Dublin Foam Party with” and TAG 2 Friends

The Sugar Club is having another night with the screening of this classic followed by an 80’s After Party with DJ Dee Reddy.  At the bar you’ll find delicious cocktails, pizzas, prosecco, beers and you will even have table service. Sounds cool for a Friday night.

If you are looking for something more like a Psytrance party. Check this out!

3 LIVE ACTS in one night!

MAD TRIBE is a collaboration between SPACE TRIBE & MAD MAXX (Olli Wisdom & Max Petersen). They are both well established artists on the Psytrance scene and play festivals and parties all over the world. They met in San Francisco at one of the infamous CCC parties and became good friends. They started making music together in 2005, clicking immediately with a shared vision for a full power psychedelic sound with a twisted sense of humour. Jon Klein (Specimen, Siouxsie & the Banshees, Sinead O’Connor) has also been bringing his sublime guitar skills to the Mad Tribe studio sessions. Tracks such as “Peak Experience”, “Time Warp” and “Electro Convulsive Therapy” have been electrifying dance floors everywhere.

Max Peterson has been performing and releasing his unique brand of trance music under various project names since 1998 including the seminal San Francisco trance project BIODEGRADABLE & SIRIUS ISNESS. In 2007 he started his solo project MAD MAXX perfecting a unique sound, embodying all the travels, experiences and parties.

Olli Wisdom is the man behind the psychedelic phenomenon that is Space Tribe. Olli has been a pioneer of Psychedelic Trance for many years and Space Tribe is one of the most well known names in the psychedelic scene. In 1993, Olli, his brother Miki, and fellow space cadet, Richmond, started Space Tribe clothing in Bali. The fractal fluoro party gear was an instant success, and now you can see it at parties all over the planet. Space Tribe released their first album, ‘Sonic Mandala’ in 1996, and since then they have released at least one album every year.

Scentless Apprentice (A tribute to Nirvana)

This one is for fans of Nirvana. The band Scentless Apprentice (Tribute to Nirvana) plays at Fibber Magees, on Friday night. Support bands are Stitch Jones, Key and The Dynamics.

‘Tracing The Roots’ is the 1st edition of a new ethno, folk-jazz and traditional music festival in Dublin.

The main goal of the festival is to celebrate the world’s cultural diversity through traditional music – a mixture of unique and universal values hidden in the richness of sound. This festival is special because of its anthropological approach. The event explores the source of traditional music, and follows its transformation into the contemporary music styles presented by its guests.

This time they have focused on Easter Eouropean regions looking for roots of traditional ethnic music from Poland and Carpathian areas. At the festival you can hear two great formations, The Supertonic Orchestra and the legendary Orkiestra sw. Mikolaja (Eng. The Saint Nicholas Orchestra)!

The event co-hosting The Supertonic Orchestra is a well known group from Dublin, who will present Polish, Klezmer and Balkan traditional music mixed in with contemporary styles. However, the firs act of the night is the legendary Polish group Orkiestra św. Mikołaja (Eng:The Saint Nicholas Orchestra) a true star among ethno-folk bands in Europe.

Two interesting gigs in one place!

This is a very interesting event! The film sector in Ireland is a very exciting place at the moment and to ensure that the Irish film-making culture continues to thrive, the Fingal Film Festival not only provides a platform for young, local film-makers to present their work to a wider audience but its main objective is to be a voice for emerging talent, enabling them to build a strong profile.

Adding to the momentum of 2015’s success, 2016 promises to be even bigger with awards, access to leading names in the industry, as well as a vast selection of workshops and screenings to attend.

Dublin Theatre Festival starts this Thursday! 18 days and nights of exceptional theatre for you.

Dublin Theatre Festival is Europe’s longest established specialist theatre festival. It is an annual event which brings world class theatre to Dublin and provides a platform to showcase the best of Irish theatre to the world.

Throughout the festival, performances take place in venues and locations across the city. The programme incorporates theatre, music, dance and family events as well as talks, public discussions, works in progress and artist development programmes. The festival presents classic drama by world renowned companies and artists alongside work by exciting, emerging theatre-makers from home and abroad.

Part of the Dublin festival season, over the years the festival has premiered work by Ireland’s theatre greats and has featured performances from actors including Vanessa Redgrave and Fiona Shaw.

Check out their programme

This Sunday, there is the PureVintage Fair. A place to browse a treasure trove of vintage and retro collectibles, vinyl clothing, jewellery and accessories. You can also enjoy a delicious coffee & indulge in some tasty home bakes.

Halloween is closing in! Dublin Halloween Alternative Market is a market to start the celebrating the spookiest month of the year! This market is exclusively for ‘alternative / metal / goth / retro / esoteric / medieval’.

You will find crafts, music, gifts, clothes, foods, art and more. Maybe you could even find something for your Halloween costume there. 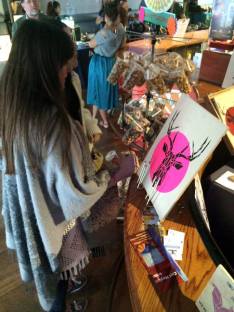 A Fabulous Market is back in The George Bar this Saturday. The market offers arts, accessories, sweet treats, music and the bar will be open. It is an interesting one if you like to explore local designers, collectors and makers.

HAVE A BEAUTIFUL WEEKEND!