Looking for what to do this weekend? There some exciting stuff going on in town, check it out!

NICKELBACK return to Europe! In their tenth world tour, the multi-platinum selling band will be performing in 32 cities across Europe this Autumn including Dublin.

So,  If you’re a fan of Nickelback you should know that the Canadian rock band will play at 3Arena, this Sunday, from 6:30 pm.

Run and buy your ticket!

A charity donation of €1 from the Dublin concert will go to ‘All The Right Reasons Foundation’.

Hard Working Class Heroes Festival is back this year! On Thursday, Friday and Saturday, over 100 Irish bands will play live across six venues in Dublin city centre. This is a whole heap of brand new Irish music for your aural pleasure!

HWCH is three days and three nights of watching amazing new Irish music, talking about the current hot industry topics, debating the state of the world and the latest Frank Ocean release, mingling with artists, managers, labels, agents and generally having one hell of a great time.

Since its inception in 2003, the festival has showcased many of Ireland’s best known acts including recent Ivor Novello winner Villagers, 2013’s breakthrough act Hozier along with Girl Band, Delorentos, Fight Like Apes, Jape, Coronas, Pleasure Beach, Le Galaxie, The Strypes, Otherkin and many more! Since the 2015 showcase, several Irish bands have made significant career progress, including Hare Squead, who are signed to Columbia and have released their first single, Saint Sister, who were added to BBC introducing Glastonbury line up and Rusangano Family who were hailed as the “new era in Irish hip hop” by US music tastemakers Pitchfork.

Check out the band line up and all details on hwch.net

Hey Fans of Pink Floyd, the Irish band Breathe, are bringing their performance of Pink Floyd’s The Dark Side of the Moon to Vicar Street this Thursday.

After over forty years since its conception, The Dark Side of the Moon is probably more revered now than ever before as it’s still breaking records with millions upon millions of copies continuously being sold around the world.

The Busker Fleadh is probably a good opportunity to discover new Irish talents! Something which I love doing.

This event will bring the best of Ireland’s Buskers together in Smithfield Square for a diverse and multi-cultural programme of music and street performance. Enjoy the street spectacle of the Dublin Circus Project, watch a special screening of Sing Street in the Light House Cinema or vote for your favourite performer in the Dublin Busker Competition, a showcase of Ireland’s hottest new acts. The winner of the competition will receive recording time in Windmill Lane Recording Studios with a sound engineer and a digital download of their recordings (worth €1,000), as well as an opportunity to perform live on 98FM’s Big Breakfast show!

Whether you’re a fan of rock, folk or hip hop, there’ll be something for everyone to enjoy at the Busker Fleadh – 12 noon to 5pm, Sunday 9th October, in Smithfield Sq, Dublin 7!

The Busker Fleadh is being held in association with the Smithfield & Stoneybatter Food Festival, a gastronomy fare taking place from Friday 7th to Sunday 9th October 2016.

SOJA at The Academy 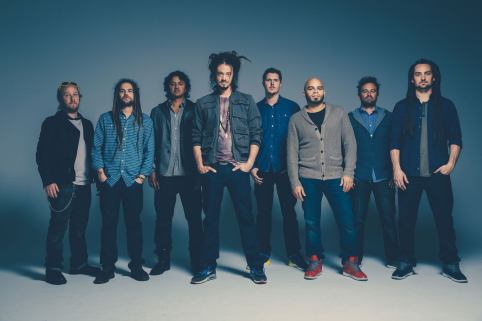 How about ending your weekend with some peace, love and reggae. The American Grammy-nominated reggae band SOJA will perform this Sunday at The Academy.

For SOJA, whose live show is an explosion of energy and positivity, music is a means of helping people relate in a more affirmative way. It also asks people to look inside themselves and really think about what it is they want to do with their life and how they can be happy. SOJA’s music is about finding the happiness and peace we all deserve and helping others do the same.

Check out some of SOJAs tunes:

If you’re looking for a different party to go and dance and have some craic this Friday, this one has a variety of music styles, such as house music, pop and hip hop, plus lightning bolts, visual & lazer show, confetti cannons, Co2 and balloon drops!

Check out what’s going on in each room:

If like you like Eminem, this one’s for you! The Wright Venue is hosting a Eminem Appreciation Night this Friday.

It may not be possible to play Eminem all night long, so once they run out, they’ll mix it up a bit to give you a little break. However, they will always come back to Shady!

Some cheeky extras that are in store:

For those who love these 90’s parties! This Friday Dtwo Bar is having a night with top 90’s tunes and 100’s FREE 90’s gifts (like sunglasses, glow sticks and other 90’s items).

Tickets: €6 – Free entry all night with your I ❤ Dublin Festival Wristband

In the mood to dance this weekend? This Saturday PHIL HARTNOLL (ORBITAL) makes the night his own with his electronic music at Opium Rooms. Support comes from Dj Mog-Y & George Feely in the main room and the Subject crew takeover the Garden with Fish Go Deep.

Orbital were an English electronic dance music duo from Sevenoaks, Kent, consisting of brothers Phil and Paul Hartnoll. Their career initially ran from 1989 until 2004, but in 2009 they announced that they would be reforming and headlining The Big Chill, in addition to a number of other live shows in 2009. The band’s name was taken from Greater London’s orbital motorway, the M25, which was central to the early rave scene and party network in the South East during the early days of acid house. In addition, the cover art on three of their albums features stylised atomic orbitals. Orbital were both critically and commercially successful, and known particularly for their element of live improvisation during shows, a rarity among techno acts. They were initially influenced by early electro and punk rock.

Comment “Abstract 5th bday w/ Phil Hartnoll Orbital Classics DJ Set ” on the event page, click “Going” and tag a friend for you both to be added to the concession list on the night. 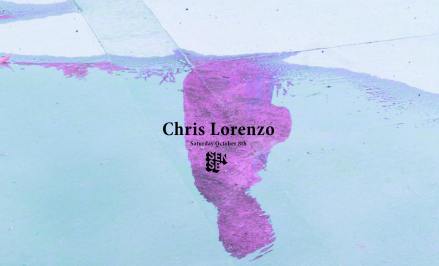 Another option for a dancing night on Saturday would be The Button Factory who are receiving Chris Lorenzo. He is bringing his house & bass music straight from Birmingham, UK, to a great night in Dublin.

Brunch Club With Avonmore at HOUSE 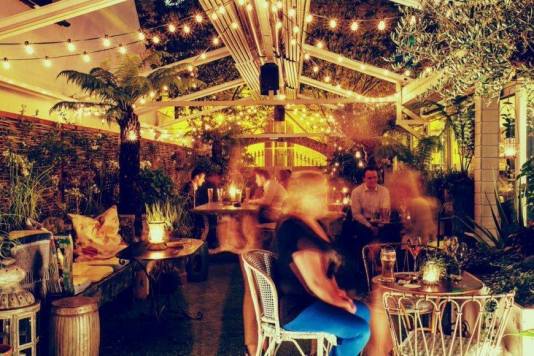 How about a cheerful brunch on Saturday to keep the good vibes from the night before? Lovin Dublin is throwing a big brunch party at House Dublin.

They have teamed up with Avonmore to bring you the Add A Splash Of Magic brunch, which will include a whole host of delicious treats. There’ll be tons of food, fab cocktails and some chilled-out tunes from the resident DJ.

Sounds like a nice way to heal that usual hangover from Friday night!

Tickets: €25 (which include entry, unlimited food and a cocktail) Book here 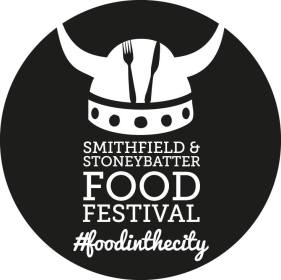 It’s not difficult to eat your way around Smithfield and Stoneybatter these days. Adventurous and entrepreneurial creatives have long been drawn to this historical, hip quarter of town and they’ve brought amazing food and drink with them.

Food in the City host gastronomic delights in venues around the area. There will be Viking tapas in the Lilliput Stores, Oyster and Stout at the Dice Bar, and you can get a taster of the newly opened Graze, at the Elbow Room, the local yoga studio. Cotto, L Mulligan Grocer, and other favourites will also be getting in on the delectable action too.

The area will also be brought alive by the Busker Fleadh, a new venture that celebrates the music you hear when you’re running to the shops or milling around on a sunny day with your friends.

Banquet away the weekend in Dublin 7

The Sugar Club is having their 7th year of celebrating the Mexican Day Of The Dead with cabaret, performance and comedy, which comes from a pre-Christian Mexican tradition of dancing with death by celebrating life to it’s fullest. It’s all about remembering and love, and having a safe space to do that. There will be a traditional altar where offerings, photos, memories can be offered and displayed.

Their show and performances are honouring memories and having fun, so they always encourage fun with your clothes and your memories.

Dress up, put on your make up and have fun!

Performances on the night will include: Burlesque / Cabaret / Live music / Comedy

I was at this event last year myself and it was a lot of fun!

They are to reveal a Halloween scare house in the capital, where you can walk through spine-chilling scenes and meet grotesque, nightmarish characters.

The Nightmare Realm pushes your fears to the limit, often exploring controversial themes in the most twisted and blood-curdling ways. That said, there’s no better way to celebrate the spookiest time of the year than with some good, old-fashioned gore.

The Nightmare Realm is not for the faint of heart, so leave the kids at home for this one because it is going to be quite the fright night. Salem will look like a picnic in comparison.

Still : an Exhibition of Contemporary Live Art and Installation

“Still” brings together four artists that are actively engaged with contemporary live art and installation. Working from ideas based around the concept of “Still”, each artist sets about exploring their own practice, investigating the territory of the human condition, where we begin and how we navigate our way through this thing called life.

A Peculiar Arrangement – At The International Bar

Wanna go easy this Thursday and Friday before your weekend really kicks off? How about enjoying a play with this talented cast at The International Bar after work?

A Peculiar Arrangement is a new one-act play by Paul Winters.

Mike has been engaged to Jenny for three years. Then he meets John. Six months later John and Mike find themselves sitting in a car in the dark cold winter, Baileys and tea cakes in hand, nervously waiting. What have they done? What’s going to happen now? And, most importantly of all, why is the heating not working?

If, like me, you are curious, then head down to the International Bar this weekend and see the end of this story.

Summertime is gone but you still have one more outdoor screening to enjoy. This is a free screening of “Atlantic” in Herbert Park presented by Dublin City Council in association with Happenings, Clean Coasts, and Friends of the Earth Ireland.

Make sure to bring something to keep yourself warm! And they’ll have their usual delicious food vendors available – so bring some cash for nibbles!

This multicultural event promises to be a great day with plenty of stalls from around the globe, pop-up workshops, international street-food, live music and exciting dance performances.

There is so much to do and see including a chance to purchase raw Romanian honey, taste vegan Korean dumplings, join an Indian laughter yoga workshop or sip fresh Moroccan mint tea in a real Arabic Tent.

It is a great way to explore the various cultures Dublin has to offer, and enjoy an experience of vivid colours, tastes, and smells from all corners of the globe!

Go for a nice brunch and have fun exploring the stalls!

HAVE AN AMAZING WEEKEND!