Wanna know what’s on in town this weekend? Check this out and start planning it now!

This Thursday the British indie pop band Bastille will be playing at 3Arena from 6:30 pm. So if you like these guys book your ticket now!

It’s just five years since South Londoner, Dan, started Bastille alone in his bedroom, releasing 300 copies of Bastille’s debut single. Relentless gigging, genuine word of mouth and some smartly curated mixtapes meant that within three years, Bastille became a global phenomenon; the band’s chart-conquering debut album ‘Bad Blood’ selling over 4m copies alongside 11m singles. In the UK, the twice Number One album was certified double-platinum and named the biggest-selling digital album of 2013. Hit singles ‘Pompeii’, ‘Flaws’, ‘Laura Palmer’ and ‘Things We Lost In The Fire’ helped Bastille become that year’s biggest-selling global breakthrough act, with over a billion Spotify streams and in turn earning the band British Breakthrough at the following year’s Brits, along with two Grammy nominations.

Check out some of the band’s tunes here and in the Spotify!

Beach are bringing their unique music to The Sugar Club this Friday. It’s a great line up including Æ MAK, Wastefellow and SpudGun with Dj sets provided by PH∆SES and Mark Gill of Room 19 . The acts will be accompanied by a full A/V show designed by the artists Ross Ryder and Wiggle Donoghue.

Beach are a 5 piece band based in Dublin. Since their formation in 2013 Beach have developed a unique blend of psychedelia infused with elements of electronica and slacker rock whilst expanding their live show by incorporating visuals to create a more immersive expression of their music; “becoming one of the most interesting prospects on the Irish scene.”

Having returned from a year long hiatus Beach re-announced themselves with the release of their single ‘Arabia’ in November 2015 accompanied by B-Side Moon Smoke. This was followed by the intense expansive ‘Donuts’ which premiered in Clash magazine on 22nd March 2016.

Check out some of Beach’s songs here!

Tickets are 12 euro and 50% of proceeds go to Aware in aid of mental health.

Dutch symphonic metal outfit Delain will make their Irish debut at Dublin’s Button Factory on Friday. Special guests will be Sweden’s Evergrey and Canada’s KOBRA AND THE LOTUS.

From humble origins in Zwolle, Netherlands, to their current status as one of the hottest heavy music bands, Delain have written their own story, with every successive chapter taking them deeper into the spotlight’s glare.

You can find Delain’s tunes on Spotify!

How about some live music on Saturday night? Orchid Collective return to Whelans with their latest release entitled ‘Courage’, a cosmic 4 track EP. Consisting of David O Shea (lead vocals, guitar), Shea Tohill (lead guitar, vocals), Hugh O’Neill (bass, vocals) and Brian Roony (drums, vocals) the band have been gigging relentlessly across Ireland, developing their unique sound and quickly making a name for themselves as an unforgettable live act.

Orchid Collective are responsible for creating rousing alternative folk-influenced rock that would resonate with fans of Villagers, James Vincent McMorrow and Bon Iver. Through their own distinct use of vocal harmonies and searing layers of reverbed guitars; Orchid Collective make themselves known as a band who set themselves apart from their contemporaries, offering a bold new imagining of the indie genre.

The band’s skilled musicianship is transferred to their impressive live shows, making themselves a notable appearance at festivals such as Electric Picnic, Castlepalooza, Knockanstockan and the Galway International Arts festival.

If you’re interested check out some of the band’s tunes here!

There will also be a panel discussion about the album’s production, influence and of course, the great man’s legacy.

The event will be hosted at The Liquor Rooms, a truly amazing venue! Make sure you try one of their delicious and original cocktails!

Tickets are extremely limited so advance booking is essential.

If you’re looking for a cool party with a good atmosphere to go and dance to this weekend, Yamamori Tengu is a good option for you. This Saturday Telephones is happening at the venue.

This is an intimate club where DJ’s  Papa Lou, John Mahon and Nevan Jio will keep you moving the whole night with loads of disco, soul, afrobeat, RnB, 80s Pop, House, Italo & more.

Telephones is organized by the lads behind Discotekken and The Locals!

On Saturday night if you’re in the mood for some ’90s RnB, Hip Hop, Neo-Soul & G-Funk then head down to the RnB Club.

Get in touch with the venue for group ticket deals.

Over 6 hours of GOA TRANCE to move your feet to! How does that sound? Voodoo Lounge will be hosting a party on Friday with 4 very dedicated DJs to blast your mind, body and soul into a sonic dimension with the high energy of GOA TRANCE.

Wanna enjoy some house music on Friday night? The British Bontan will be playing at the Button Factory supported by Dan Stritch and Josh Green.

Hailing from the North of England, music has always been a major part of Bontan’s life. Having learnt to play the family piano by the age of seven, it was clear which path in life he wanted to take.
House was his first love, regularly going to see DJs such as Dennis Ferrer, Kerri Chandler, DJ Spen, The Martinez Brothers, Kenny Dope and Derrick Carter, to name just a few, as soon as he was old enough to enter the clubs.

Producing music and fine tuning his sound over many years, Bontan eventually burst on to the scene.With countless Radio 1 plays, a Beatport ‘Remix of the Year’ award and support from the likes of Pete Tong, B.Traits, Bondax and Carl Cox, it’s safe to say Bontan has stapled himself as a name to look out for on the underground circuit.

Everyone else will be added to the €10 CHEAPLIST

First 50 people to comment “Bontan @ Button” on the Facebook event will be gain FREE ENTRY & in with a chance of winning €100 bar tab. Everyone else will be added to the €10 CHEAPLIST

If you feel like going out to party on Sunday evening then you should head down to Pygmalion. The venue will be receiving Eric ‘Dunks’ Duncan DJ.

Eric Duncan aka Dr. Dunks is best known for being one half of the legendary dj & production duo Rub n Tug & also half of New York’s ‘Still Going’. But recently Eric has been doing more as a solo artist/dj under the Dr Dunks moniker.

Hailing from Los Angeles Eric was exposed to all sorts of music but really gravitated toward the hip hop music scene that was coming out of New York in the early to mid 80s.

In the mid 90’s Eric moved to New York and linked up with his partner in crime Thomas Bullock. They threw the late 20th century Rub n Tug disco after hours parties in various downtown Manhattan lofts, turning on a new generation of revelers to the sleazy pleasures of disco and whatever else was in their record bags. Dunks followed that up as the Saturday night DJ at the now defunct Passerby gallery & bar, fueling the party well into Sunday mornings. Be it slo-mo disco, incandescent funk, techno or banging house music, Eric weaves it together into a nightlife soundtrack.

Over the past decade, as Dr. Dunks, or as part of Rub n Tug or Still Going, Eric has remixed everyone from Roxy Music to Zero 7, Lcd Soundsystem, Cold Play, Grace Jones, Chic Chic Chic and The Beastie Boys, just to name a few.

Promo: Two for One cocktails and 40% off all drinks

Why should you spend your Sunday resting if you can keep partying!

If you were enchanted by this Academy award-winning movie then you should to see it in a theatrical production live on ice. With dazzling special effects, stunning costumes and spectacular dance and music performance, Disney On Ice: Frozen will certainly warm your heart this winter!

Dining In The Dark 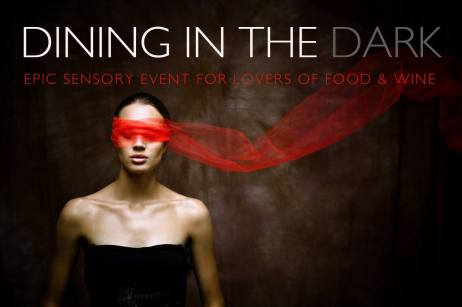 My Thai Restaurant is proudly sponsoring the NCBI (National Council for the Blind of Ireland) with their Dine In The Dark Event this Thursday. Enjoy a mysterious 3 course meal with Head Chef San and a Sommelier at hand for wine tasting.

As part of the event you will be blindfolded, your enhanced senses will have to detect textures, tastes and flavours and you can build your foodie knowledge and learn more about Asian cuisine.

It sounds interesting doesn’t it? And it is also for a good cause!

The Dublin Book Festival aims to be Ireland’s most successful and vibrant book event. This annual public Festival showcases, supports and develops Irish Publishing by programming, publicising and selling Irish published books, their authors, editors and contributors, and by providing seminars and networking events – all in an entertaining, festive, friendly and accessible environment that reflects the creativity and personality of the Irish Publishing sector.

The event this year will run from 11-13 November in a variety of venues, but with a higher concentration of events in Smock Alley Theatre.

You can download the full programme in PDF format here.

This one is for anyone who enjoys good films! This year the Dublin Arabic Film Festival (DAFF) will open on Friday, at Irish Film Institute (IFI) in Dublin’s Temple Bar. The festival, which has been developed in partnership with the IFI, is proudly presented by Dubai Duty Free. Sponsored by the Arab-Irish Chamber of Commerce , Dublin City Council , Jumeirah and Sunway Holidays.

The event includes seven films, the bulk of which will be shown at the IFI from Friday. Films showing over the festival include opening film Clash, After Spring, Hedi, Sand Storm, and As I Open My Eyes.

Get your pop corn and enjoy! 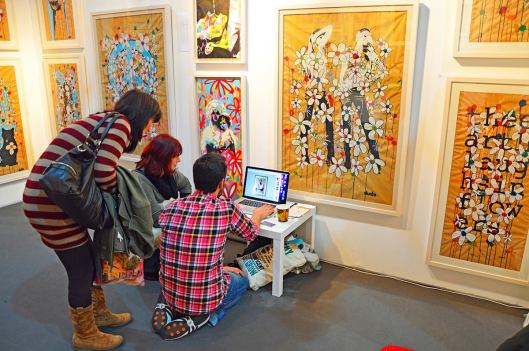 Art Source 2016 will be the most exciting art event of the year, and with an estimated 100 contemporary artists and 30 Irish and international galleries gathering together to showcase PAINTING, SCULPTURE, PHOTOGRAPHY, ILLUSTRATION, PRINTS AND CERAMIC ART, there is sure to be something to suit all tastes. So whether you are interested in cutting edge contemporary art, realism or portraiture, abstract art or landscapes, Art Source 2016 will showcase it all in one place and give visitors a fantastic opportunity to meet the artists and to buy directly from them for 3 exciting days in November.

Dublin Doc Fest returns for it’s 4th festival screening on Friday in the stunning exhibition space of Teeling Whiskey Distillery. With four exciting documentary film programmes plus after party in the distillery this event is not to be missed.

The Comic, Video Game and Sci Fi Flea will have its second edition at The Bernard Shaw this Saturday.

They have collectibles and cut price comics from retailers as well as original art, Irish creators and their own original comics and graphic novels along with private collectors selling their wares and lots more!

Fusion Market is on this Sunday. Perfect to go for brunch and to buy some gifts!

This multicultural event promises to be a great day with plenty of stalls from around the globe, pop-up workshops, international street-food, live music and exciting dance performances.

It is a great way to explore the various cultures Dublin has to offer and enjoy an experience of vivid colours, tastes, and smells from all corners of the globe!

HAVE A FABULOUS WEEKEND!!!